You are here: Home / Archives for Toni Turner

Toni Turner is the President of TrendStar Group, Inc.
An accomplished technical analyst, Toni is a popular educator and sought-after speaker in the financial arena. She speaks regularly at trading forums and conferences across the United States, including college campuses, Traders’ Expos, and Money Shows. Toni has appeared on CNBC, CNN, NBC, MSNBC, and appears regularly on FOX Business News. She has been interviewed on dozens of radio programs and featured in periodicals such as Fortune magazine, Stocks and Commodities, SFO, MarketWatch.com, Fidelity Active Trader, and Bloomberg Personal Finance.
You can read more of Toni's work at http://www.toniturner.com 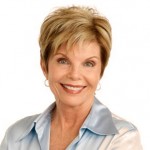 One of my favorite chart patterns for delivering a successful short swing trade is the throwback rally and subsequent failure. With the market making new highs, then softening into headline risk from Europe, this is an opportune time to look for this pattern, and to take advantage of it. Here’s how it sets up: The…    [Read More]

There is an easy way to gauge the performance of your ETFs, learn it so you can take the guesswork out of your trading.

With so many new ETFs jumping into the market scene, it’s easy for traders to become confused. Here’s one strategy that traders can use for trades in leveraged, inverse, and leveraged inverse ETFs.

Toni Turner discusses three methods traders can use to enhance their approach to the market and improve their mind-set.

Would you like to trade an exchange traded fund (ETF) that can help you double up on your profits? Then take a closer look into these ProShares Ultra ETFs.

For sure, roller coaster markets are fun for a while, but a nice, old-fashioned and sustained rally would be a welcome change of venue. Toni Turner shares a combination of two chart indicators, which used successfully , could help spot bottoming rallies before or just as they begin to turn up.

ETFs are quickly becoming the most popular trading instrument among professional traders. Here are a few strategies for trading ETFs in shifting market conditions.

If you are like most traders, you’re looking for ways to outperform the market whether it’s going up or down. In this article, Toni Turner shows you how ETFs can be a powerful tool for success in a bear market.

With ETFs rapidly gaining in popularity, Toni Turner examines the host of ETF funds and opportunities available for traders and investors.

Toni Turner explains how to use ultra ETFs as a stock substitute and for short-term plays.

Connors Research Traders Journal (Volume 57): 7 Real-World Reasons Why Short Strategies Should Be Included In Your Portfolio

In our new book, The Alpha Formula – High Powered Strategies to Beat the Market with Less Risk, we show the benefits of including short-strategies in your portfolio. As a reminder, building portfolios should be based on First Principles – otherwise known as truths. These truths are: Markets Go Up Market Go Down Markets Go… [Read More]